Primalix Cataractin for Healthy Eyes in Dogs and Cats – 4 oz

View cart “TripleSure Trigger Natural Flea Control and Tick Spray for Dogs and Cats – 16 oz” has been added to your cart.

Primalix Cataractin for Healthy Eyes in Dogs and Cats – 4 oz

FREE USPS PRIORITY SHIPPING to Continental US When You Buy 3 Bottles.

Bilberry berries (Vaccinium Myrtillus) are indicated in ancient Chinese and European medical text as being effective treatments for circulation and eye disorders. During the Second World War, British fighter pilots ate bilberries as their secret weapon to improve night vision. In a study in which rats with age-related cataracts were given bilberry and some were not, it was found that after three months subjects who had eaten bilberry had seen no further progress in their cataracts while subjects who had not eaten bilberry continued cataract degeneration. Just by looking at the deep blue-purple color of bilberries you can tell they are bursting with antioxidants. This color comes from the anthocyanins in bilberries. Anthocyanins are powerful antioxidants that studies suggest may improve circulation to the retina. The National Library of Medicine through its National Center for Biotechnology Information (PubMed.gov) lists 761 clinical trials, randomized controlled trials and scientific studies on Bilberries and their many benefits for humans and animals. We use only USDA Certified Organic Bilberry berries and NO Bilberry leaf, as the leaf may lower blood-glucose levels while the berries will not.

Ginkgo Biloba is a magnificent shade tree which is also regarded as the oldest living species of tree on the planet. Natural healers today use Ginkgo leaf extract to improve circulation and heart health, fight inflammation, improve brain function and wellbeing, and support vision and eye health. Ginkgo Biloba has been used for centuries in Traditional Chinese Medicine (TCM) for the positive effects its antioxidents have on cognition and memory.

Wheatgrass Extract became famous in the 1930s when the chemist named Charles Schnabel restored health to his ailing chickens by feeding it to them. The beneficial effects of wheatgrass are due to high levels of nutrients and vitamins A, C and E, Beta-Carotene and Lutein, all of which have antioxidant properties. A recent clinical study found that after giving wheatgrass for one month to dogs with age-related cataracts, the opacity of their lenses not only stopped increasing but was reduced by up to 40%.

Dandelion Root (Taraxacum Officinale) Most people know dandelion as a detested weed that invades lawns and gardens. In fact, this under-appreciated herb has a wide range of beneficial uses. Traditional medicine has long used dandelion to treat kidney and liver problems. Chinese and Ayurvedic medicinal systems tell us that these organs affect the health of the entire body including the eyes. European folk medicine used dandelion to correct eye disorders. Since cleansing the liver improves eyesight, the detoxifying effects of dandelion are hugely beneficial. Furthermore, dandelion has been shown to increase circulation and strengthen retinal tissue. It is rich in antioxidants like Vitamins A and C and Beta-Carotene.

Our customers tell us that Cataractin also promotes wellness in rabbits, ferrets, horses, people, and likely many other species we have yet to hear about.

CAUTION: Consult your veterinarian before giving Cataractin to animals on blood thinning medications.

NOTE: One “dropper” equals one squeeze of the black bulb (1.0mL), which fills the pipette about half full. Refrigerate after opening. Add to food or give by mouth only. DO NOT PUT IN EYES.

Our proprietary formula contains the herbal constituents, antioxidants, bioflavonoids and amino acids that nourish and therefore eliminate specific essential nutrient deficiencies that have been proven in clinical trials to cause the formation of cataracts in dogs and cats. In other words, pet cataracts are not caused by the presence of an offending agent but by the absence of specific dietary nutrients.

YOU GET TWICE AS MUCH: All Primalix® products contain 4 fl oz, giving you 2 to 4 times more medicine than our competitors’ 1 or 2 ounce bottles that cost about the same and most likely contain harmful alcohol.

FREE USPS Shipping on All U.S. Continental Orders Over $79
1
1
Your Cart 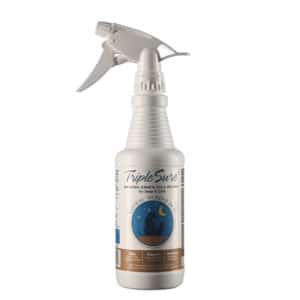