View cart “TripleSure All Natural Flea and Tick Spray for Dogs and Cats – 16 oz” has been added to your cart.

Burdock Root (Arctium lappa) scientifically known to suppress abnormal cell growth in humans and animals and to stimulate the immune system. Burdock Root purifies the blood and removes harmful toxins that may be carcinogenic. It increases beneficial bacteria and eliminates harmful bacteria that may wreak havoc on a body whose immunity health has been compromised.

Sheep Sorrel (Rumex acetosella) has been used traditionally by at least 10 native tribes in Canada and the United States in remedies for cancer. It has detoxifying effects, but its most useful feature is its power to direct the herbal nutrients in the body to act on sites of distress.

Turkish (Indian) Rhubarb Root (Rheum palmatum) can regenerate healthy cells to fight imbalances as well as cleanse and detoxify the body due to its antioxidant properties.

Turmeric Root (Curcuma longa) is one of the best known natural fighters of cell growth gone awry. Dr. Bharat B. Aggarwal of the University of Texas MD Anderson Cancer Center in Houston not only stopped cancer cells from spreading but also killed cancer cells when curcumin, the active substance in turmeric, was added to human cells with the blood cancer multiple myeloma. Mayo Clinic medical oncologist Timothy Moynihan, M.D. states that “Curcumin is thought to have antioxidant properties, which means it may decrease swelling and inflammation. It’s being explored as a cancer treatment because inflammation appears to play a role in cancer. Lab research suggests that curcumin may slow the spread of cancer and the growth of new tumor blood vessels. It may also cause cancer cells to die. In the lab, curcumin has been studied for use in treating or preventing colon, skin and breast cancers.”

These researching physicians are experts qualified by scientific training and experience to evaluate the safety and effectiveness of pharmaceutical drugs as opposed to natural, herbal dietary supplementation. Many outcomes support natural remedies over toxic prescription drugs!

For dog and cat servings give orally or add to food as directed.

NOTE: One “dropper” equals one squeeze of the black bulb (1.0mL), which fills the pipette about half full. Refrigerate after opening.

*These statements have not been evaluated by the Food and Drug Administration.

YOU GET TWICE AS MUCH: All Primalix® products contain 4 fl oz, giving you 2 to 4 times more medicine than our competitors’ 1 or 2 ounce bottles that cost about the same and most likely contain harmful alcohol.

FREE USPS Shipping on All U.S. Continental Orders Over $79
1
1
Your Cart 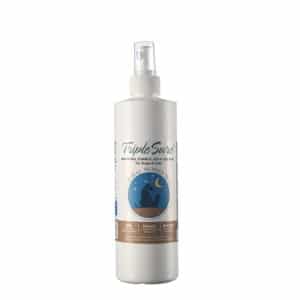